In Rodriguez v. United States, the United States Supreme Court examined a traffic stop that was followed by the officer asking for consent to walk his dog around the vehicle. When the consent was refused, the officer held the motorist until a backup officer arrived. The K-9 was then walked around the vehicle and alerted to drugs. Rodriguez sought the suppression of the drugs.

The Court described the facts and history of the case as follows:

Just after midnight on March 27, 2012, police officer Morgan Struble observed a Mercury Mountaineer veer slowly onto the shoulder of Nebraska State Highway 275 for one or two seconds and then jerk back onto the road. Nebraska law prohibits driving on highway shoulders, see Neb. Rev. Stat. §60-6,142 (2010), and on that basis, Struble pulled the Mountaineer over at 12:06 a.m. Struble is aK-9 officer with the Valley Police Department in Nebraska, and his dog Floyd was in his patrol car that night. Two men were in the Mountaineer: the driver, DennysRodriguez, and a front-seat passenger, Scott Pollman.

Struble approached the Mountaineer on the passenger's side. After Rodriguez identified himself, Struble asked him why he had driven onto the shoulder. Rodriguez replied that he had swerved to avoid a pothole. Struble then gathered Rodriguez's license, registration, and proof of insurance, and asked Rodriguez to accompany him to the patrol car. Rodriguez asked if he was required to do so, and Struble answered that he was not. Rodriguez decided to wait in his own vehicle.

After running a records check on Rodriguez, Struble returned to the Mountaineer. Struble asked passenger Pollman for his driver's license and began to question him about where the two men were coming from and where they were going. Pollman replied that they had traveled to Omaha, Nebrasks, to look at a Ford Mustang that was for sale and that they were returning to Norfolk, Nebraska. Struble returned again to his patrol car, where he completed a records check on Pollman, and called for a second officer. Struble then began writing a warning ticket for Rodriguez for driving on the shoulder of the road. Struble returned to Rodriguez's vehicle a third time to issue the written warning. By 12:27 or 12:28 a.m., Struble had finished explaining the warning to Rodriguez, and had given back to Rodriguez and Pollman the documents obtained from them. As Struble later testified, at that point, Rodriguez and Pollman 'had all their documents back and a copy of the written warning. I got all the reasons for the stop out of the way...took care of all the business.' App. 70.N

Nevertheless, Struble did not consider Rodriguez "free to leave." Id., at 69-70. Although justification for the traffic stop was "out of the way," id., at 70, Struble asked for permission to walk his dog around Rodriguez's vehicle. Rodriguez said no. Struble then instructed Rodriguez to turn off the ignition, exit the vehicle, and stand in front of the patrol car to wait for the second officer. Rodriguez complied. At 12:33 a.m., a deputy sheriff arrived. Struble retrieved his dog and led him twice around the Mountaineer. The dog alerted to the presence of drugs halfway through Struble's second pass. All told, seven or eight minutes had elapsed from the time Struble issued the written warning until the dog indicated the presence of drugs. A search of the vehicle revealed a large bag of methamphetamine.

In Illinois v. Caballes, 543 U. S. 405 (2005), this Court held that a dog sniff conducted during a lawful traffic stop does not violate the Fourth Amendment's proscription of unreasonable seizures. This case presents the question whether the Fourth Amendment tolerates a dog sniff conducted after completion of a traffic stop. We hold that a police stop exceeding the time needed to handle the matter for which the stop was made violates the Constitution's shield against unreasonable seizures. A seizure justified only by a police-observed traffic violation, therefore, "becomes unlawful if it is prolonged beyond the time reasonably required to complete the mission" of issuing a ticket for the violation. Id., at 407. The Court so recognized in Caballes, and we adhere to the line drawn in that decision.

In it's reasoning the Court noted that traffic stops and Terry-stops are relatively brief encounters that have a particular law enforcement mission. The Court stated that the tolerable duration of these type of stops is determined by the particular mission. In this case the Court determined that the mission was to address the traffic violation that justified the stop to begin with. The Court wrote: "Authority for the seizure thus ends when tasks tied to the traffic infraction are, or reasonably should have been, completed."

The Court did note that certain unrelated investigations such as speaking with a passenger or having a K-9 walked around the vehicle during the time while an officer is writing the ticket are Constitutionally permissible. "The seizure remains lawful only so long as [unrelated] inquiries do not measurably extend the duration of the stop." (cites omitted). 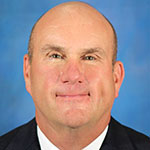 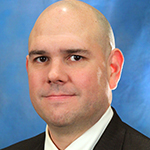