The Open Meetings Act (the “Act”), found in KRS 61.805 through 61.850, was adopted by the General Assembly to ensure that governmental decision making is handled in the public view. It requires meetings of public agencies, including a city’s legislative body, to be open to the public, except for expressly authorized closed sessions. The provisions of the Act are mandatory and are to be liberally construed in favor of an open government.

However, the Act does provide certain specific exceptions to the requirement that meetings of a public agency be open to the public. These exceptions are found in KRS 61.810. For purposes of this article, the personnel exception is found in KRS 61.810(1)(f) and states “Discussions or hearings which might lead to the appointment, discipline, or dismissal of an individual employee, member, or student without restricting that employee's, member's, or student's right to a public hearing if requested. This exception shall not be interpreted to permit discussion of general personnel matters in secret.”

As the last sentence states, this exception does not include discussing general personnel matters such as compensation, creation of a new position, expansion of a department, resignations or independent contractor negotiations. The only matters that can be discussed in a closed meeting (also known as an executive session) are those that specifically deal with appointments, discipline, or dismissal of employees or officers. This exception also does not apply if the officer or employee who is the subject of the deliberation or hearing requests a public hearing.

In addition, KRS 61.815 sets out the requirements for holding a closed session. It provides:

Thus, a quorum of the public agency must be assembled in the meeting room, the meeting must be convened as an open meeting pursuant to proper notice, and the legislative body must announce that a closed session will be held and must identify the sections of the Act authorizing the closed session. For example, when hiring a nonelected officer, the mayor and the legislative body could move to go into closed session pursuant to KRS 61.810(1)(f) in order to discuss the hiring of the nonelected officer. Once the discussion is complete the motion would be made to return to open session to vote on the appointment. 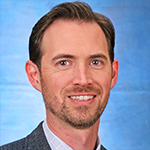