In local economic development, tax increment financing (TIF) is a relatively new tool for reversing urban blight or implementing initial development plans. The basic concept is that new private (in cooperation with a developer) or public development is jumpstarted by the government, and the resulting increase in tax revenues are then used to reimburse the government’s associated expenditures over time (a maximum of 20 years). Cities spend the funds mostly on infrastructure improvements.  In Kentucky there are three TIF participation programs which cities can participate in:

Kentucky has allowed cities to participate in TIF programs since 2000, though the requirements and program details have changed over time. The funds raised through TIF are restricted in their use by both geography and purpose depending on the details of the particular TIF agreement. Like any financing tool, TIF requires several official steps, including state notification. 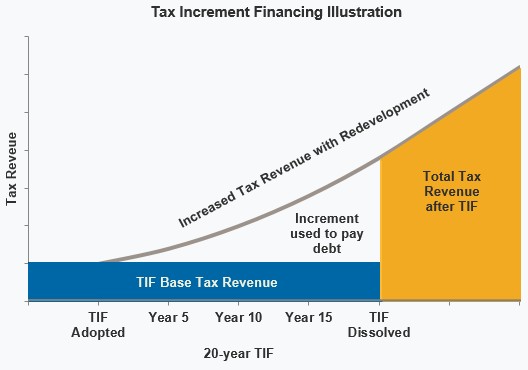