Sometimes referred to as public safety answering points (PSAPs), 911 call centers are the first response to emergency situations faced by citizens across Kentucky.  Responsibility for funding and providing 911 services is often at the county level, but a few cities provide these services.  Even more cities partner with the county in an interlocal agreement to provide more efficient services.  While these centers are operated at the local level, leadership is derived from the National 911 Program, a division of the Department of Transportation.

PSAPs are primarily funded by monthly fees that are levied on land-based telephone lines.  The Commercial Mobile Radio Service (CMRS) Board collects a 70-cent monthly fee from most cell phone users and distributes a portion of that funding as grants to local PSAPs.  However, as residents move toward mobile phones and away from land-line phones, local governments have had to raise the fees and/or supplement 911 costs with general fund dollars.

While the current 911 system has operated successfully for nearly 40 years, the advent of new communication technologies has introduced challenges to emergency response systems and required innovations.  The result of these innovations has been E-911 and NG-911, which allow for a broader range of technologies when requesting emergency assistance, as well as more capability in networking between 911 call centers and emergency management teams. 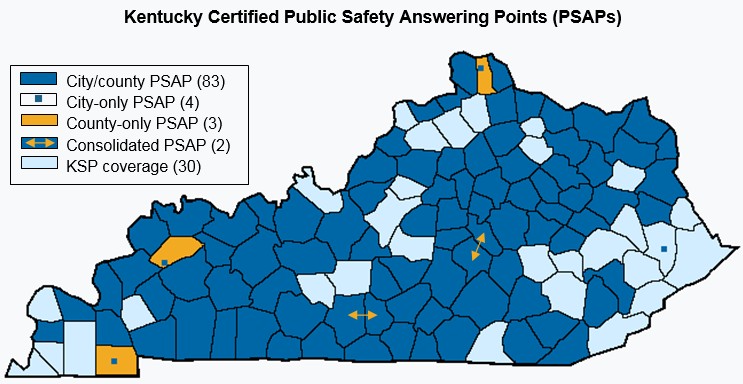