A city can only annex property that is contiguous to the existing city limits.  If not already developed, the annexed property must have some potential for urban development.  Kentucky cities can only annex unincorporated property (with one exception) that is not within an agricultural district.  Cities may only annex land within the same county.

Annexation procedures are the most variable aspect of this process. The correct steps necessary to successfully expand a city’s boundaries depend on a number of factors including the class of the city, the consent of the residents and property owners being annexed, and the type of property being annexed. It is important for cities to carefully consider all the involved requirements; otherwise the annexation could be nullified. 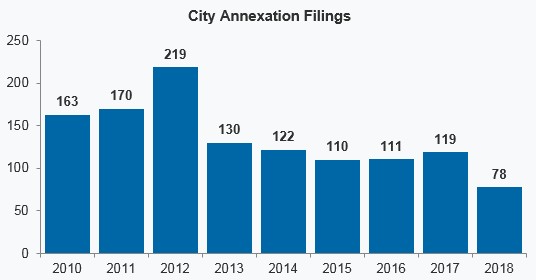